Some friends of mine head to Santa Barbara and the Agoura Hills near Santa Monica and Malibu each year for a cycling training week. When this was first mentioned, I knew very little about the cycling routes around this region. I discovered that both Santa Barbara and the Agoura Hills boast endless, scenic routes–rendering it perfect for a training camp.

The setting in this region is ideal: you can set up a base and bike several engaging routes, experiencing new climbs and scenery each day with great weather. Better yet, you’re close to civilization in Santa Barbara and near Santa Monica and Malibu in the Agoura Hills if you want to venture into bars and restaurants. The warm sunshine was a welcome change from the sometimes crisp air of Northern California.

We started out the week with a couple days in Santa Barbara, just about an hour north of the Agoura Hills, and then planned to drive to a motel for the remainder of the trip. Coming out of hip labral tear surgery, I was nervous to kick off the training in Santa Barbara, as I was completely unsure of how my hip would fare on the steep grades in this region. Luckily, the recent Zwift training that I have been trying out was going really well, and I felt I had the fitness to do some solid riding.

On the first day, we planned to bike Gibraltar Road, a popular climb out of Santa Barbara with great views. My friends had planned to bike up the backside of the mountain with much steeper grades. I opted for the most common route, which was slightly less steep with beautiful views. Getting to the road seems easy, but there are a lot of small roads with confusing turns before you actually reach Gibraltar Road. Make sure you map it out and know where you’re going.

Here is a link to the Strava route. The main climb itself is roughly 10 km or 6 miles, and it is an average 8% grade. Once you reach Gibraltar Road, it’s smooth-sailing, and you remain on the same road until the summit. Once I began my ascent, I found a groove and slowly warmed up. The road isn’t too steep starting out, and almost immediately you have fantastic views of the ocean and Santa Barbara down below.

It really is a stunning climb, and for that reason it made going up much easier than I had anticipated. The climb does get steep at points, and switchbacks up, flattening and then steepening again. It was never so steep that I needed to get out of the saddle. On the way up, I encountered some runners actually running up the midsection of the climb on part of their Ultra Marathon race route! I was happy to be on my bike and not on my feet at that point. The friendly waves and smiles from the runners made me remember momentarily why I love the spirit of endurance sport and the camaraderie that comes with it. The views continue as you ascend, and towards the top the climb steepens a little bit. 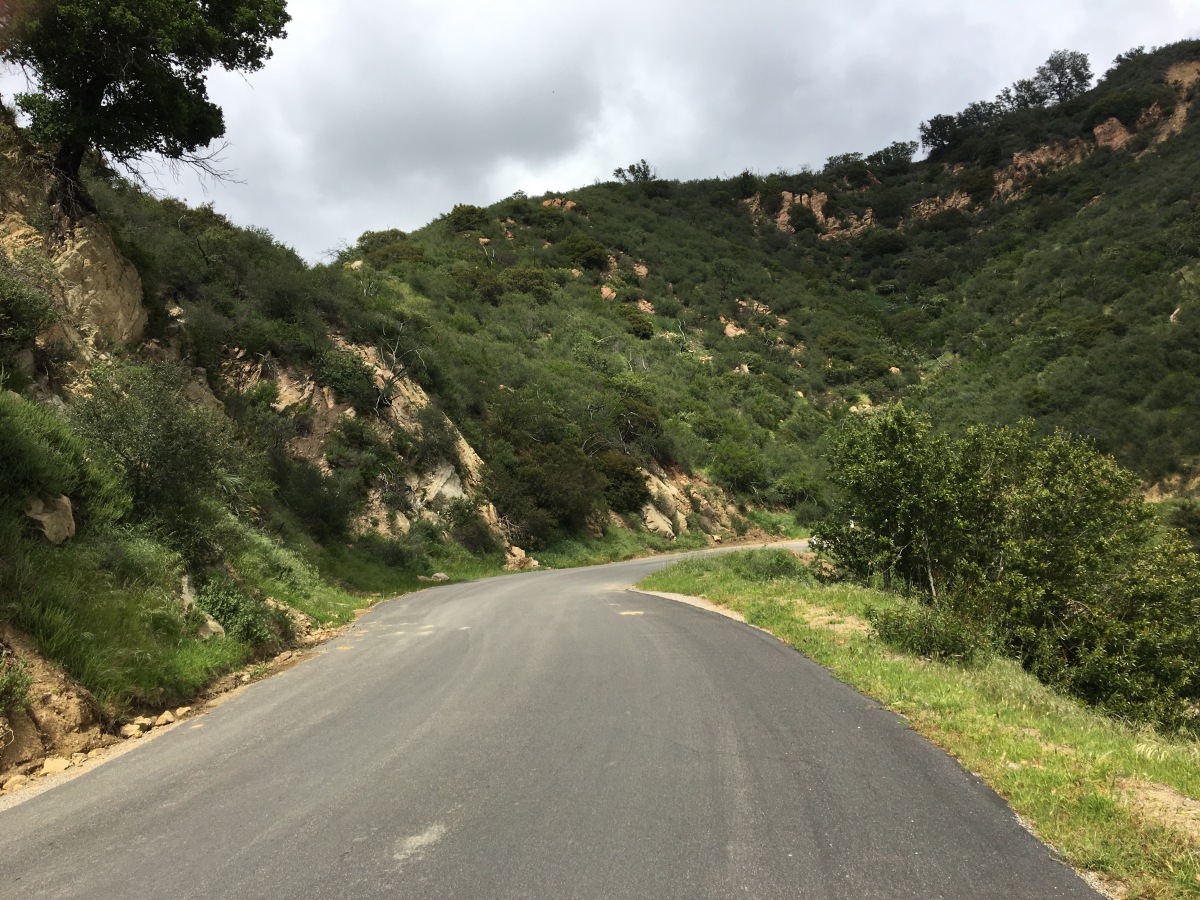 I reached a flat section with some sort of tower and a turnout in the road. This is the top of the Gibraltar climb. If you continue on, the road descends slightly and then ascends again to a second and slightly higher peak. I tried this, but entered a heavy cloud on the way and became very cold (I forgot to pack arm warmers).

I wasn’t sure at the time whether that was the top, so I turned back before the peak to descend before getting too cold. It turns out either peak can be considered the top. The highest peak is officially La Cumbre Peak, which is just a couple kilometres further. At some point Gibraltar Road goes right, but you shouldn’t turn there. The descent was equally as fun and beautiful as the ascent, and the views did not disappoint the second time around. 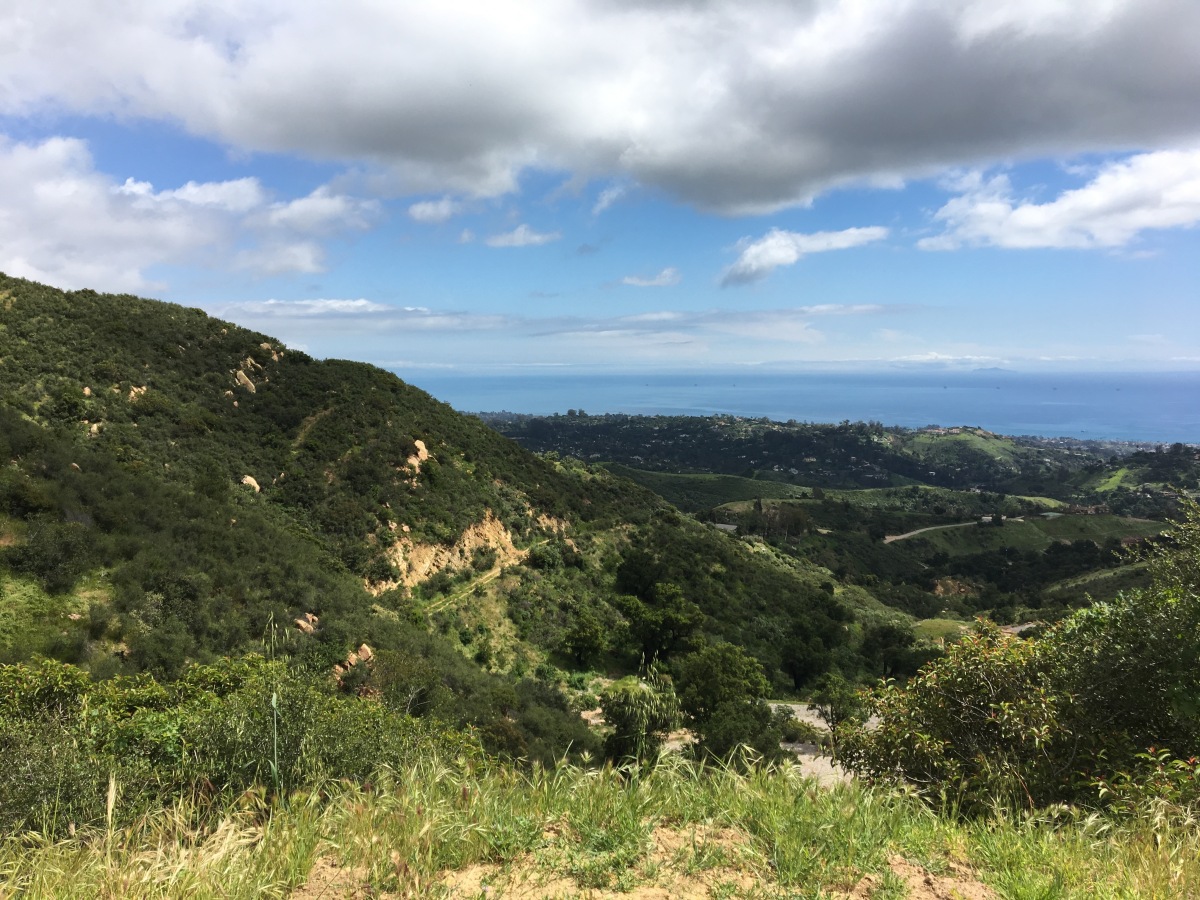 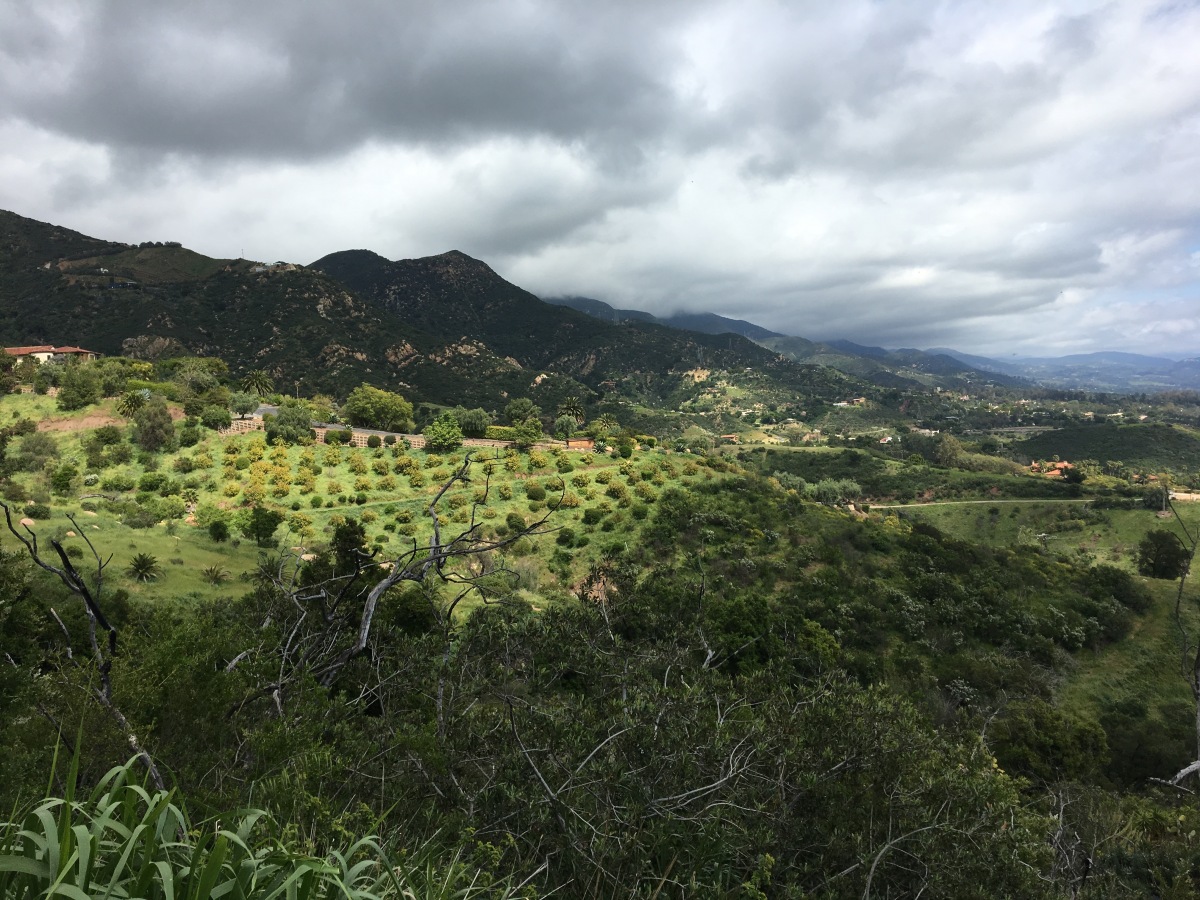 All in all, it was a great workout and a great climb. I would highly recommend it. For anyone looking for a more challenging route, going up the backside of the mountain may be a steeper and more demanding workout. You can go up the opposite way and descend the more scenic, less steep side of the mountain, making for a nice loop. For safety reasons, it’s best to avoid descending on the steep side.

I started to feel my hip in the final kilometres of the climb, and I decided I would take the next day off of cycling to roll out my muscles and stretch.

Day 2 in Santa Barbara was spent shopping, eating, and exploring the downtown. Santa Barbara is a lively town with great energy, and I really enjoyed walking up and down State Street.

We ate at a number of great restaurants. I would recommend trying:

Stay tuned for Part 2 of the trip that includes some awesome rides in the Agoura Hills.